Back to: Wind Wings

In Stock On Sale while stock last 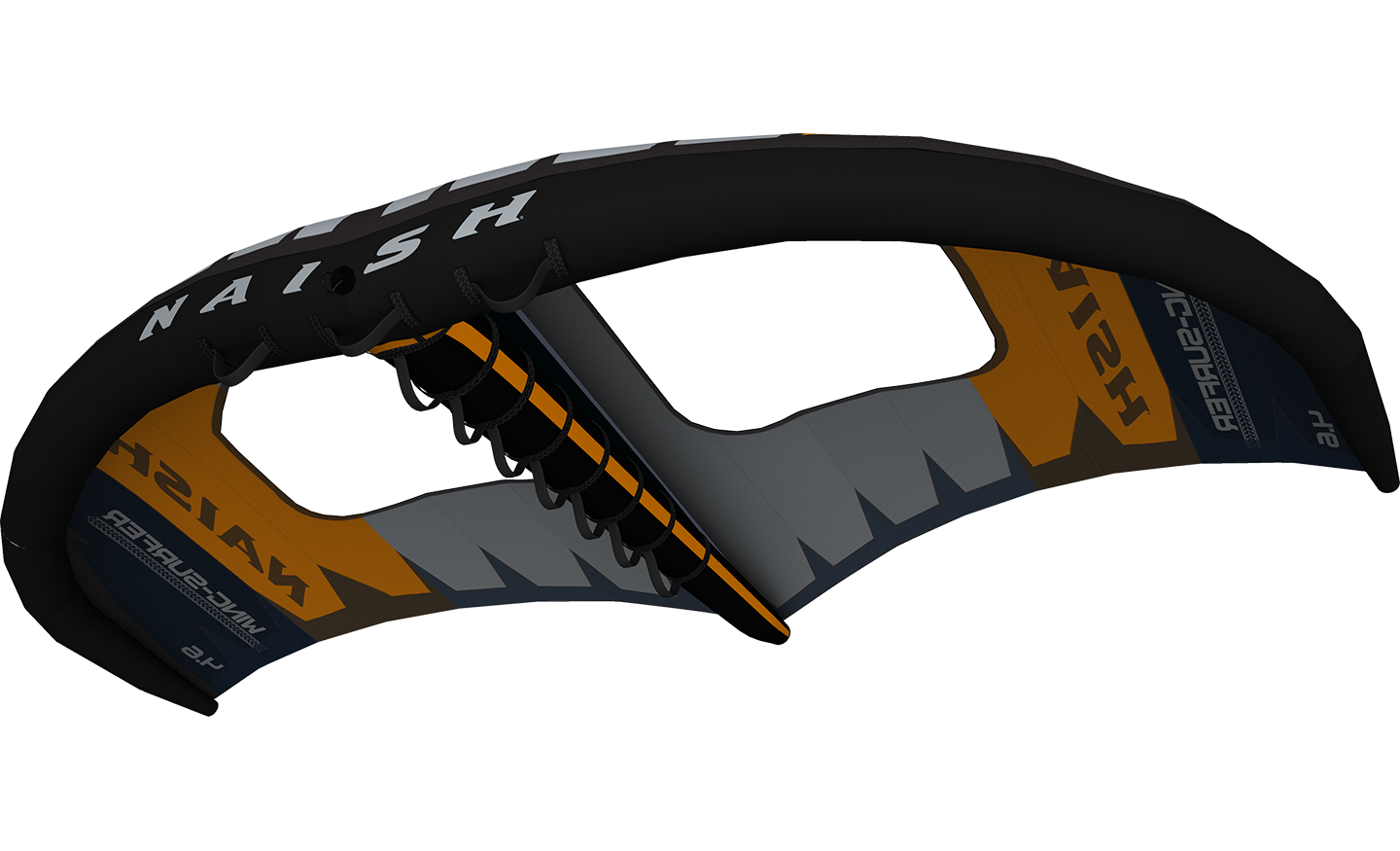 The original Naish Wing-Surfer was designed as a one size does it all SUP and surf-foil wing that has launched a whole new era in wind-powered watersports.

The S25 Wing-Surfer takes the first generation Wing-Surfer's basic design principle and carries it into the future. What has not changed is the pure, simple, pump-and-go design philosophy. But the changes made to the new Wing-Surfer are many and address the demands of a rapidly growing new sport.

The second big change is the addition of large windows in the new Wing-Surfer, creating a safer and more engaging ride for both beginners and advanced.

Leading edge diameters have increased substantially over the original Wing-Surfer. This combined with an increase in canopy profile depth gives the new Wing-Surfer a dramatically stiffer, more stable and more "solid" frame, while requiring a lower inflation pressure. More on demand power in lighter winds with increased wing rigidity in stronger winds is the result, improving performance in both underpowered and powered conditions.

Finally, the overall outline and shape of the wings has been re-designed to provide a more balanced power delivery, which combined with new construction details make the new Wing-Surfers better handling and stronger.

The new Wing-Surfer is still an amazingly simple, pump-and-go design, but it now offers more sizes, power and performance allowing you to take this sport wherever you want to go.

We stock  Cabrinha, Gaastra (GA), and Naish boards, kites from Cabrinha, Naish and Gaastra!
Boasting one of the largest ranges of second hand equipment in the state, you are sure to find what you need.

Here at Kite Addiction we will trade windsurfing gear for kitesurfing gear.

We carry a large range of new and second hand stock so we can customise a rig to your needs and budget.

This site contains online catalogues of new and used gear and much, much more..

Come in and see Daniel and Reg for the best deals on the water.

Enjoy your visit.
The crew from Kite Addiction.